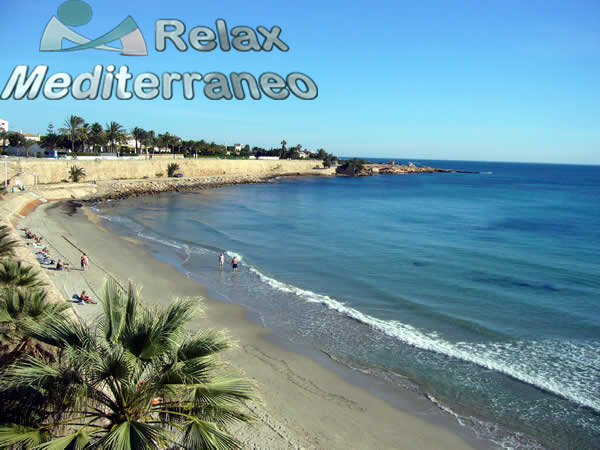 The most stunning beaches of Spain are in Costa Blanca. More than 200 kilometers of the Ebro Delta to the north and to the south of Andalusia extends. Along the coast there are picturesque landscapes. North near the coast mountain range, forming a unique and small bays cliffs, it is a wonderful place for lovers of landscapes and marine entertainment space. The closer to the south, more places for beach lovers and sun.

Costa Blanca is famous for its sandy beaches and pleasant climate: here you can swim in the sea from the third week of April and ending with the first ten days of November, is the longest in the Spanish Mediterranean season. The average winter temperature in the south of the Costa Blanca is about 16 ° C, and in summer 30 ° C. The water temperature in summer reaches 28 ° C.
The beautiful beaches of the resort town of Costa Oriuela are often called the pearl of the Costa Blanca, is located south of Alicante and Torrevieja. The most famous place here is Dehesa de Campoamor, La Zenia, Playa Flamenca, with “Blue Flag”.

Indeed, the Spanish shirt industry is the world leader in the international Blue Flag environmental program, which acts for 30 years. Year after year, Spanish beaches and marinas received the highest mark of distinction. And more and more beaches and ports. For example, in 2015 the strict criteria of the Commission for Environmental Education Foundation, under whose auspices an environmental assessment is carried correspond to ports 578 and 101 beaches. By comparison, in Turkey, which ranks second “Blue Flag”, only 436 beaches and 22 marinas are developed.

The pride of Spain is international recognition of its environmental achievements. The municipal authorities are making great efforts to create a unique atmosphere for tourists, each beach has the necessary infrastructure, ranging from lifeguard stations and health centers and ending columns of desalinated water. In addition, the Spanish Mediterranean is famous for entertainment developed infrastructure, which has everything you need for quality rest: bars, playgrounds, water sports, etc. The rest must be added unconditional service quality, come forward to returning again and again.